World Boxing Legend Mohammad Ali told a number of times that the happiest moments of his life was when he embraced Islam.

Although several phases came in the life of Philanthropist Mohammed Ali but the turning point in his life came in 1964 when he was on the peak of the fame.

That year he received the world champion honour for the first time and also announced his reversion to Islam.

Thus “Cassius Marcellus Clay” said goodbye to his past and launched a new phase of life with his new name “Mohammad Ali”. A Muslim who was ready to give all his best and willing to spend his wealth in the way of his religion.

Mohammed Tamashi in his book “Acceptance of Islam by great personalities and thinkers’ writes regarding Mohammad Ali Clay’s reversion to Islam “In 1964 in Florida for the first time I heard that God is one. I was shocked to hear this. And that Mohammad (peace be upon him) is the last prophet and Jesus is one of God’s prophets.

This was new to me and this cast a great effect on me. I found peace and truth after accepting Islam. 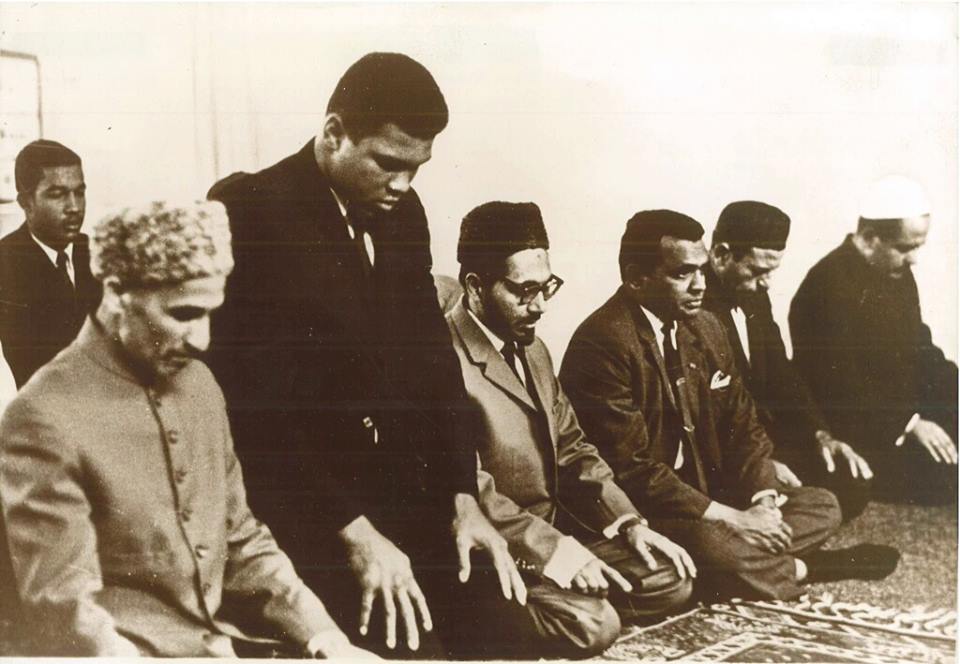 I learned to pray, fast, and strengthened relationship with Allah. And then I determined to invite people to the true religion of Islam.

By the Grace of Allah I converted more than 20 lakh Americans to Islam.

I allocated my annual income (which is about $ 20 crore) for Islam.

My wife and children won’t inherit from that. I converted my palace into a large masjid and centre for Quranic education.

Besides that I started construction of the largest masjid in Chicago and this masjid will be an Islamic centre.

These days I am distributing Islamic books freely among Muslims in the United States”.

In an interview Mohammad Ali had said “soon I will become older and I may face death any time. Allah (swt) has made me the best player in the world and the most famous person; hence I will utilise the extraordinary popularity Allah has blessed me, to spread the teachings of Islam and fight against the crimes, like alcoholism, drugs and prostitution “.

One occasion speaking about the rising trend of terrorism, extremism and Islamophobia, he said “I am a Muslim and there is no place for killing of innocent people in Islam either in Paris or any place of the world. True Muslims know that violence is against the fundamental principles of our religion. ”

World renowned boxer Mohammad Ali Clay died late on Friday at Phoenix-area hospital in the US city of Phoenix, Arizona. He had been suffering from a respiratory illness, a condition that was complicated by Parkinson’s disease he was suffering since 1984. Mohammed Ali, who won World Heavyweight Championship thrice, was buried in his home town of Louisville, Kentucky where he was born 74 years ago.