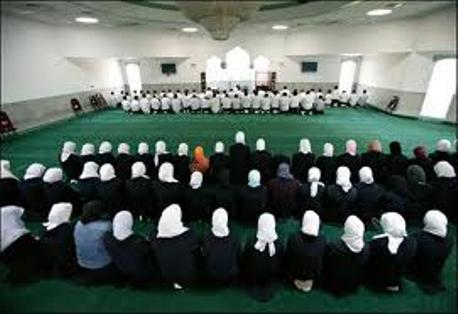 The key to Heaven is Salah

Importance of Salah in Islam

Allah (SWT) has said in the Noble Qur’an: “I have not created the jinn and humankind for any other purpose except that they should worship Me.” (Noble Qur’an 51:56)

It is clear from the above verse of Noble Qur’an that the purpose of our birth and of our life is no other than that of the worship of Allah (SWT). There are many acts of worship (Ibadah, Ibadat) in Islam, and Salah is one of the most important obligatory acts.

Salah (Salat, Namaz) is the ritual prayer practiced by Muslims in supplication to Allah (SWT). The term is commonly used to refer to the five daily prayers, which are compulsory upon all mature Muslims. Salah (Salat, Namaz) is considered the most important act of worship (Ibadah, Ibadat) in Islam and its importance is such that under very few circumstances it can be omitted.

Salah (Salat, Namaz) strengthens the foundations of our faith. It prepares a person to live the life of goodness and obedience to Allah (SWT), and it builds courage and determination. Every time we perform Salah, we renew our commitments to Allah (SWT) and we rid ourselves from worldly pressures five times a day.

Salah (Salat, Namaz) is a practical sign of obedience to the commands of Allah (SWT). Its importance has been emphasized about 500 times in the Noble Qur’an.

Before Salah, we make Wudu. Wudu (Ablution) is a unique way of cleansing certain parts of our body so we are clean before bowing down to the one who created us, who created the universe the one and only Allah (SWT).

The last thing that Holy Prophet Mohammad (pbuh) emphasized at his deathbed was Salah. He also said the first thing we will have to answer about on the day of judgement is Salah.

While in Salah one communicates with Allah (SWT) and experiences his presence. That’s why a Hadith says: Salah is the Meraj of a Momin (Namaz is called as Meraj-ul-Momineen).

The Holy Prophet Mohammad (pbuh) also said “The key to Heaven is Salah. The key to Salah is Purification.”

“Namaz is a pillar of Religion. If Namaz is accepted all other deeds are accepted. If Namaz is rejected then all other Deeds are rejected.” (Holy Prophet Mohammad (pbuh))

Salat or Namaz is the most important and a complete system of worship in Islam. Literal meaning of salat is DUA. Considering salat as insignificant or taking it lightly (Istekhfaf-e-Salat) is a major sin. Both Quran and Ahadeeth emphasize that the salat must be given top priority in our daily life and must never be taken as a lightly or secondary thing.

(A) Holy Quran: Establish salat and do not be among mushrikeen (Surah Rum, 30:31)