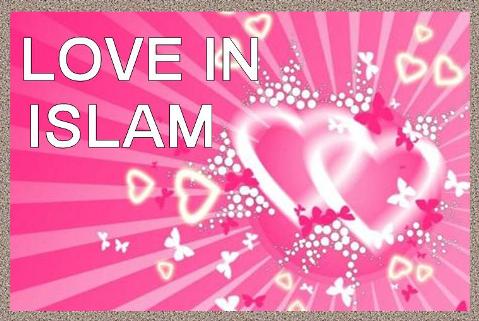 Love: the Sole Purpose of our Creation

Every heart that is not aflame is no heart;

A frozen heart is nothing but a handful of clay.

O God! Give me a breast that sets ablaze,

And in that breast a heart and that heart consumed with fire.

In Islam, the concept of love is one of the most important concepts. This fact manifests itself in Islamic philosophy, theology, mysticism and ethics; indeed, in some aspects, it plays the crucial role. For example, in defining the Islamic point of view on the relation between God and Universe in general, and between God and Mankind in particular, love has the most significant and profound place. Love is so central in Islam that it is seep as “the firmest handhold of faith” and “faith (Iman) is nothing but love for the sake of God and hate for the sake of God”.

There is a famous divine saying (Hadith Qudsi) which can probably be found in all books written about the goal of creation in Islam. According to this Hadith Qudsi, Allah (SWT) says: “I was a hidden treasure; I loved to be known. Hence I created the world so that I would be known.”

Allah (SWT) has created the world out of love. Thus, a question arises: why did Allah (SWT) love to be known? Certainly, Allah (SWT) has no desire for fame. The purpose behind His love to be known is understandable by considering the fact that Allah (SWT) who is the Wise, the Compassionate and the Merciful creates the universe and particularly human beings to give them the maximum grace and perfection that they have the capacity for receiving. Of course, the perfection of any kind of being is decided by the degree of its similarity or closeness to Allah (SWT), and the most important factors in this are love of Allah (SWT), and prior to that knowledge of Allah (SWT), since there can be no love without knowing the beloved.

Similarly the way man has physical needs in life which he strives and struggles to fulfill, the soul too has needs that must be satisfied. These spiritual needs and urges have been placed by the hands of the creator in the depths of the creation’s soul. Man has a natural inclination to find love and love in any form towards any object has no valid reality except when it is for the sake of Allah (SWT). All love directly or indirectly in some way, shape, or form is a man’s hope to be in reach of the ultimate perfection, which can be nobody but Allah (SWT) – the Almighty.

God’s love for the world in general and human beings in particular is unanimously believed and emphasized by all Muslims. Indeed, one of the God’s names is al-Wadud, He who loves. Some non Muslims allege that God in Islam is very strict and cruel God who demands to be obeyed fully. He is not loving and kind. Nothing can be farther from truth than this allegation. It is enough to know that, with the exception of one, each of the 114 chapters of the Noble Qur’an begins with the verse: “In the name of God, the Merciful, the Compassionate.”

In one of the sayings of Prophet Muhammad (pbuh) we are told that, “God is more loving and kinder than a mother to her dear child.”

Do You Want Allah (SWT) to Love You?

Then develop the following qualities!

Allah loves Tawwabeen (Those who turn to rightfulness) [2:222]

Allah loves Mutawakkileen (Those who put their trust in Allah) [3:159]

It is noteworthy that although one of the things attributed to Allah (SWT) in Islam is the wrath (Ghadab), its application is much more limited compared to His mercifulness and love for His creatures. Indeed, His wrath is only for those who deliberately disbelieve or commit evil actions. Remember Allah (SWT) is also just. Hence evildoers and sinners must have their share of punishment and the virtuous, His bounties and favors.

Wrath or anger is also out of His love and mercy. If His love or mercy did not exist He would not care at all. It is like a father who becomes angry with his son when he does something wrong, because he has care and concern for his son and his entire family, because he wants his son to correct his behaviour and set a lesson for other children not to copy that wrong act.

A rational and intelligent love is the one that involves the good and interest of whole mankind and not a limited number of people. One can do many things to bring good to individuals or groups which bring evil to society or mankind as a whole. For example, if a Judge releases a guilty criminal he might have done something good to that person, but a great harm has been inflicted upon the society and the ideal of justice. One should not let his affections hide the truth. If our beloved child needs injection or operation we should not let our love and passions for him to prevent us from doing so. This is exactly how wrath (Ghadab) of Allah (SWT) acts out of care and concern.

Why should one love Allah (SWT)?

According to Islam, one (1) reason for loving God, as said before lies in the fact that God is the most precious, absolute perfection and eternal beauty, that a man can ever conceive and therefore, man out of his nature that aspires to values, beauty and perfection loves God.

The second (2) reason for loving God, men by nature love whoever does good to them, and they appreciate such favour and benevolence, as Imam Ali (as), said: “Generosity and magnanimity enslave men.”

Now, as God is the source of all being, of all generosity and benevolence, man, by virtue of his nature, loves God. Prophet Muhammad (saw), said: “Love Allah (SWT) because He has done good to you and He has bestowed favours upon you.”

A believer who has started his spiritual journey towards God first comes to recognize God’s blessings upon him in providing him with lots of supports and helps that enabled him to act. Having continued his journey and been equipped with a mystical view of the world, he will realize that every good thing, indeed, comes from God himself. We read in the Noble Qur’an: “Whatever benefit comes to you (O man!), it is from God, and whatever misfortune befalls you, it is from yourself” (Surah An-Nisa, 4:79)

Aside from the fact that one who loves God is loved by Him (5:54), a real love for God prompts one to perform the best of deeds. Reason and nature dictate that if someone really loves God, he would act in a manner that is pleasing to God. In this regard, the Noble Qur’an says:

Say: “If you love Allah, then follow me, and Allah will love you and forgive you your sins,” and Allah is Forgiving and Merciful. (Surah Al-E-Imran, 3:31)

This ayah indicates the interrelation between love, as an inner state, and emulating Prophet Muhammad (saw), which is an outward action. Moreover, it implies that no one may neglect his religious obligations under the pretext of love for God.