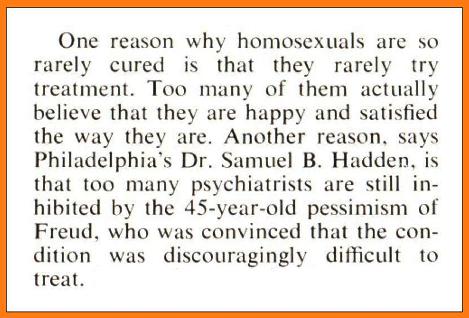 How to Give Up Homosexuality?

My friend was sexually abused in his childhood and now he only likes sex with males. Is there any treatment within Islam? Thanks in advance.

In the Name of Allah, Most Gracious, Most Merciful.

All praise and thanks are due to Allah, and peace and blessings be upon His Messenger.

Dear brother, thanks for your question, which reflects the trust you place in us as well as your great concern about Islam and its teachings. We implore Allah Almighty to help us serve His cause and render our work for His Sake.

First of all, Muslim scholars agree — based on what has been revealed in the Qur’an and what has been authenticated in the Prophetic Sunnah — that homosexual behavior (gayness and lesbianism) is prohibited because it is an assault on thehumanity of a person, destruction of the family, and a clash with the aims of the Lawgiver, one of which is theestablishment of sexual instincts between males and females so as to encourage the institution of marriage.

In his response to the question in point, Sheikh Ahmad Kutty,a senior lecturer and Islamic scholar at the Islamic Institute of Toronto, Ontario, Canada, states:

Your brother is not at all different from those who have been conditioned to fornicate, or commit theft or murder, or who have become addicted to watching pornography or even television for that matter. All of these are destructive habits that one learns through continuous exposure or conditioning. So he must ask himself whether he would prefer to continue in this destructive behavior or change himself?

If he is a Muslim, he is left with no choice but to change. For homosexuality is considered one of the most abominable sins in Islam; it is so enormous in intensity and gravity that Allah tells us in the Qur’an that because of it, an entire nation was destroyed by Allah in a most horrible way. We must know that the stories narrated in the Qur’an are not meant for chanting or entertainment; rather they are meant to teach us valuable lessons for our benefit. Allah says: (Truly in their stories is a lesson for people of understanding, for this (Book) is not a forged tale, but is a confirmation of the revelations of that preceded it, a detailed explanation of all things, guidance and a mercy to people who believe.) (Yusuf 12: 111)

So your brother should ask himself whether he wishes to belong to the category of those who have been condemned to eternal perdition by Allah. The choice is his and his alone; he cannot say, “I don’t have any choice.” The sin of the one who abused your brother is his alone; he will surely meet his Creator for his sin. But his sin does not justify your brother’s, for your brother is a free person with his own choice and will.

If he really believes in Allah, and convinces himself sufficiently of the need to change, and motivates himself by reading and reflecting and thinking of standing before the Lord of the worlds, he will be able to break free of any such destructive habits. Islam is full of examples of those who were addicted to all sorts of crimes and sins, but eventually they changed their lives around by affirming faith and commitment in Allah and working diligently upon themselves. The Arabs before Islam were addicted to drinking, womanizing and all kinds of vices, and yet after having embraced Islam, they became a better breed of people, breaking free of all such vices.

So I advise your brother to summon and mobilize all his spiritual, emotional, intellectual, and practical resources to break free of this most destructive and abominable habit and learn new positive habits that are pleasing to Allah.

Here are a few tips to help him in his struggle:

1. Let him convince himself that the pleasure that he derives from such an abominable behavior is in reality nothing but pain and suffering in the long term. So instead of associating this behavior with pleasure, let him learn to associate and link it with pain; so every time he is tempted to do it, let him picture the pain and suffering of hell fire. By repeatedly going through this exercise, he will eventually come to abhor and shun this behavior altogether.

3. Let him ask himself whether he wishes to belong to the group of the wicked sinners condemned by Allah or join the company of the prophets, saintly ones, the martyrs and the righteous who are blessed by Allah. The choice is his and his alone.

4. Let him immediately cut off all relations with people who lead such a life‐style; let him, if there is need, relocate himself to another city where he will be able to erase his past and form friendships with those who are righteous and engaged in good works and thus occupy himself in such works with them.

5. Let him meditate on the ephemeral and transient nature of this world. The pleasures of this world are fleeting while the pleasure and pain of Hereafter are ever lasting.

6. Let him make dhikr and du`a’ his constant companion. By seeking Allah’s help to fight this behavior, he can surely overcome and break free of this abomination. Allah has promised to come to the help of those who strive in His way: (As for those who strive for Our sake, We will guide them unto Our ways; verily, Allah is with those who behave with excellence.) (Al‐`Ankabut 29: 69)

7. Last but not least, once he has repented and changed himself into a better person, he should get married and seek a lawful Islamic relationship, which will be approved by Allah as well as rewarded by Him. May Allah help us all to hate disbelief and sins in all forms, and may He make dear to our hearts faith and righteous actions. Ameen.