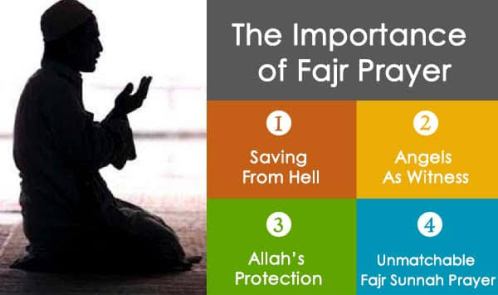 how much you love

The happiness of that guy was tremendous when a well-known company accepted him to work for it. He was over the moon as he was the only accepted candidate.

He signed the contract that implies that he should agree on respecting the company working hours, delivering weekly reports about his work and activities, and accepting to be punished for any delinquency.

Soon later, the guy met his manager and said to him, “From tomorrow onwards, I will not come in time. And I will not deliver my weekly reports in time either; instead they will be delayed for a while. In spite of all that, I will not allow you to punish me, and you don’t have the right to kick me out from work.”

If we imagine such a situation, we will laugh at the behaviour of that guy. No-one will see him but an insane and a fool person. How come can someone want to take his rights whereas he is not committed to his own obligations?!

So, why most of us do the same strange action or even worse?
(As we commit a worse sin against the Law of Allah the Almighty.) How can a sane person allow himself to enjoy all Allah’s graces: such as food, drink, clothes and life pleasures; whereas he doesn’t offer Allah the simplest obligatory He obligates him to do, viz. Praying?!
And even if he prays, then he doesn’t pray in time or he prays like a rooster (i.e. he prays too hastily and carelessly). He neither complies with his praying nor apprehends what he says.

According to our web site visitorssurvey in the arabic section of IslamWay.comthat included more than 4000 persons:

When Allah the Almighty ordered Muslims to pray He warned those who delay the prayer after its designated time, saying:

“So woe to the worshippers Who are neglectful Of their prayers” [Surat Al-ma’oon 107:4-5]

The interpreters said that what is meant by this verse is delaying prayer after its designated time.They also said : “woe” is a very deep sheer black valley in Hell. Don’t we believe in Allah’s Words?

A lot of Muslims nowadays neglect Fajr prayer as if they it was not there. That’s why they pray it much later than its time. In addition, some of them pray it immediately before the Noon prayer. Others may never pray it even for compensation (Qaddaa).

So why all this laziness against what Allah the Almighty deserves? Don’t we proclaim that we love Allah the Almighty more than any thing else? Once one of us loves someone a true love, he will be willing to meet him. He may keep thinking of him most of the time. Once he has a date with him, he canNOT sleep until he meets the one he loves. So, do those lazy prayers who do not pray Fajr prayer really love Allah? Do they really respect His Orders? Are they willing to meet Him?.

Let’s imagine that a multi-millionaire offered one of his employees $1000 every day, just on one condition, viz. the employee must call daily at his employer’s house in the morning as to wake him up then leave. Such a simple task may take the employee 10 minutes only.

So, if you, my Muslim brother, were that employee , will you neglect to call at your employer’s house? Won’t you carefully intend to wake up daily to get the one thousand dollar? Won’t you – once you failed one morning – try with all means to prove that you were truly unable to wake up?.

Allah has the higher example, so what about you my dear brother towards your Lord, Allah the Almighty? He is the ONLY ONE who gives you your means of living and who bestowed you with every thing, whose blessings on you are utterly much more than millions of dollars daily. It is Him Who says:

Doesn’t this Lord, the The Most Merciful, the Most Generous deserve that you wake up for Him every morning at about 5.30 a.m. so as to thank Him just in 5 or 10 minutes for His great blessings and his generous favours?

The judgement against those who neglect praying Fajr Prayer in time:
Allah the Almighty says:

“…for such prayers are enjoined on Believers at stated times.” [Surat Annesaa: 4 : 103]

· Islam is a comprehensive way of life… It is like an agreement between The Great Lord and His humble servant. According to this agreement, the servant commits to certain obligations before Allah. With respect to these obligations, Allah would grant the servant rights and privileges. It is insensible that you agree to this contract, then, soon afterwards, you do whatever you like and neglect whatever you do not like.

Allah Almighty says in the Quran:

” O ye who believe! Enter into Islam whole-heartedly; and follow not the footsteps of the Evil One; for he is to you an avowed enemy.” [Surat Al-baqara: 2 : 208]

The interpreters said: this means to accept Islam with all its legislation and rules. Allah got exasperated with the people of Israel when they performed what they liked from His religion and neglected the rest. That’s why He addresses them saying:

“…Then is it only a part of the Book that ye believe in, and do ye reject the rest? But what is the reward for those among you who behave like this but disgrace in this life? And on the Day of Judgment they shall be consigned to the most grievous penalty. For Allah is not unmindful of what ye do.” [Surat Al-baqara: 2 : 85]

· The Prophet (pbuh) said: “There is no prayer more difficult to attend for hypocrites than Fajr and Ishaa. And if they knew what’s in them (i.e. the good reward – thawab) they would attend them even if they had to come crawling.” (Narrated by Bukhari)

·Allah Almighty mentions that He disavows whosoever neglects the obligatory Salat. Besides, The Prophet (pbuh) said: “Do not ever leave Salat on purpose because whoever does so then he is disavowed by Allah and His Messenger.”(Narrated by Imam Ahmad)

So do you like, Oh Muslim brother and sister, for the closest one to you to disavow you? So how do you neglect the Salat and cause Allah to be disavow you?

Well….now what have I to do?

· Every one us should set an alarm clock to wake him for Fajr Salat daily.

· We should give Salat its status in our lives, and we should discipline our jobs according to the Salat regular times. (Unfortunately, we simply do the opposite!)

· We should sleep early and wake up for Fajr and then leave for work. Soon after Fajr, Allah distributes people’s sustenance (Arzaq).

· Each one of us should seek a good companionship that would call to wake him at Fajr Salat. Moreover, they would help one another to adhere to such a good deed.

· We should keep on saying our nightly Duaa (that we say just after before going to sleep) asking Allah to help us do our Salat.

· To feel guilty if we missed a single obligatory Salat. Furthermore, we should vow never to repeat this big sin.

May Allah make us all be among those who truly love Him. May He give us sincerity in both words and deeds. (Amen) Finally, whatever is right in this article then it is a gift from Allah. And whatever mistakes or shortcomings then they are due to myself or Shytan (Satan).

(*) Subhan Allah!!: This is an Islamic way of exclamation.